Back to: GEOGRAPHY SS1

In today’s class, we will be talking about major landform features. Enjoy the class!

Mountains are greatly elevated land surfaces resulting from the intense action of internal forces. They have steep slopes and show distinct peaks. Mountains are classified according to their mode of formation, resulting in four major types of mountains. These are

They contain old hard rocks with steep sides. They have wrinkling or folding appearance and show distinct peaks of great heights. Fold Mountains exist in layered form. They are soft and have anticlines and synclines.

Folding shortens the earth’s crust. They form the most widespread type of  Mountains and are noted for active volcanoes. They form the highest Mountain ranges. Examples of Fold Mountains include the Himalayas, Rockies, Andes Alps and the Atlas Mountains

The compressional forces produce wrinkling or folding of the crust of the earth. The up folds of the wrinkles are anticlines while the down folds are called a syncline.

A fold may be simple, but where the compressional forces are complex, it results in asymmetrical folding. When pushed further, it forms an overfold, an overfold later forms a recumbent fold. In some cause, faults or cracks result in extreme folding to form over thrust fold. 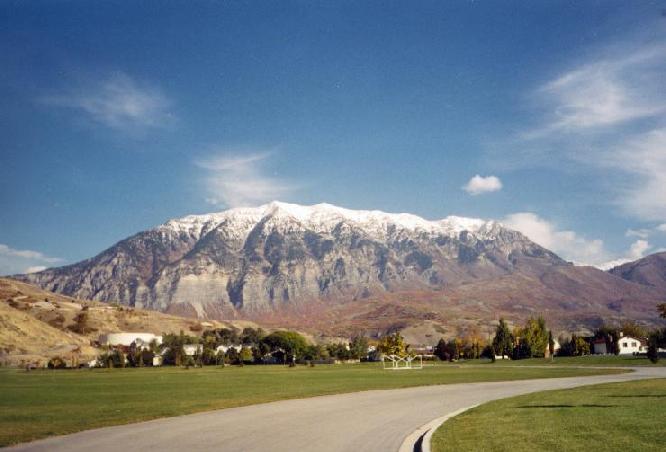 Block Mountains are made up of old hard rocks with flat or slightly sloping surfaces. They have steep sides. They are associated with rift valleys. Examples pf Block Mountains include Hunsruck Mountain, Voges Mountain and the Black Forest of the Rhine land. Example of the rift valley is the East African rift valley system which is about 4.800km

Therefore, if a block of rock between two normal faults rises or the land on either side of the block subsides, a block mountain or Horst is formed. At times, a block in between two faults may subside, so that rift valley or graben is formed. The slopes and height of Block Mountains are modified by agents of denudation.

Volcanic Mountains are made up of lava. They have irregular sides with a conical shape. Materials that make up volcanic mountains include ash, volcanic bombs, and cinders etc which are arranged in layers. Examples include Mt. Fuji (Japan), Mt. Mayon (Philippines), Mts Kilimanjaro, Kenya, Elgon, Ruwenzori and Cameroon (all in Africa)

Volcanic Mountains are formed from volcanoes which are built from materials (molten magma) ejected through fissures or vents in the earth’s crust. The material also includes molten lava, volcanic bombs, cinders, ash, dust and liquid mud. They fall around the vent in successive layers, building up an extensive volcanic cone. Volcanic Mountain is also called Mountain of accumulation

Residual Mountains are formed from the remains of already existing mountains. They have irregular surfaces with steep sides. They occur in varying heights and sizes and are caused by agents of denudation. Examples include Mt Manodnock (U.S.A), Highlands of Scotland, Highlands of Scandinavia and Decon Plateau.

Importance or uses of mountains

We hope you enjoyed the class.

Should you any further question, feel free to ask in the comment section below and trust us to respond as soon as possible.