Back to: GOVERNMENT SS3

In today’s class, we will be talking about Nigeria and the World. Enjoy the class!

Nigeria and the World 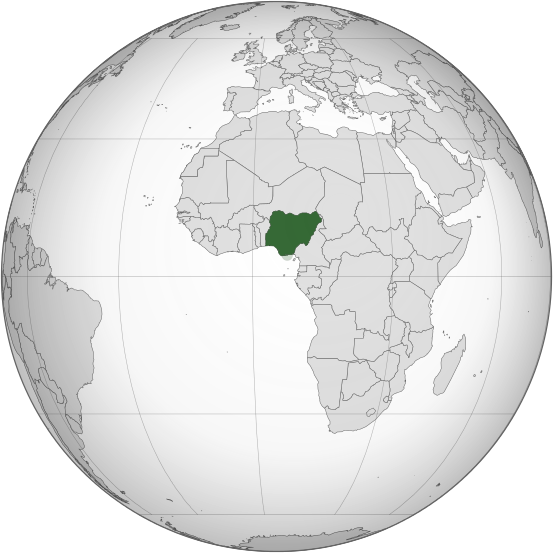 The interdependence of nations

The interdependence of nations is the various interactions of countries. This could be through trade, sports etc. Every country interacts with other countries for sustenance and economic development.

Interdependence and interrelationship are existing among nations of the world. For example, Nigeria is a member of some international organizations such as UN, AU etc and this help promote interactions among nations across the globe.

This refers to the decisions and actions taken by a country to pursue their interests within the global system. It can be defined also as a laid down principle created by the government of a state showing terms and conditions of interactions amongst nations of the world. No country can survive alone in isolation, there is a need to interact and while this is done certain interests must be protected at all times.

Nigeria maintains relations with other nations of the world and maintains many diplomatic missions such as High Commissions, Embassies and Consulates abroad. Nigeria also plays host to many foreign missions in Nigeria.

Over the years, Nigeria has graciously played the role of a big brother to many Africa countries such as South Africa, in the days of Apartheid,  Angola, Zimbabwe etc.

Past Nigerian leaders such as the first Prime Minister, Sir Abubakar Tafewa Balewa,  Gen. Olusegun Obasanjo and others, maintained that Africa should be given pride of place in Nigeria’s foreign policy formulation.

After independence, Nigeria has experienced a series of military and civilian administrations whose foreign policies differed greatly in terms of ideology, style, substance and even the personality of the leaders.

This era was headed by Sir Tafewa Balewa the Prime Minister and Dr Nnamdi Azikwe, the president. They tried to consolidate by joining international organizations. It was a process of decolonization process of Africa. They played key roles in the formation of OAU on May 25, 1963. The government broke diplomatic relations with France over the testing of an atomic bomb in the Sahara desert.

The military eras were characterised by various military leaders and Nigeria’s foreign policy shifted emphasis from the western nations to the Eastern nation during Yakubu Gowon’s era when the civil war was ongoing in Nigeria. Most of the weapons used in prosecuting the civil war came from the East. The post-war era introduced the 3Rs which were Reconstruction, Reconciliation and Rehabilitation. There was also a policy of non-interference in the sovereignty of African states.

Murtala and Obasanjo’s Era (1975-1979): There was the nationalization of British firms, for example, British Petroleum became African Petroleum, Barclay’s Bank became Union Bank Of Nigeria. It sponsored the world conference for Action against Apartheid held in August 1977 in Lagos.

The second Republic of Nigeria

The Buhari/Idiagbon’ s Era (1983-1985): They expelled West Africans living illegally in Nigeria. Land borders were closed to check smuggling and inflow of illegal immigrants into Nigeria.

The Babangida Era (1985-1993): Nigerian Banks rose and became well known internationally. There was economic restructuring. Foreign countries such as Germany, China, Brazil, Japan etc were in Nigeria to discuss areas of business interests and cooperations.

There was an N100 million solidarity fund in Lagos for Namibia when South West Africa People’s Organization’s (SWAPO) leader, Sam Nujoma visited Nigeria. The international nations were not pleased with the administration when the June 12, 1993 election results were annulled.

The third Republic of Nigeria

This was a very short regime as it was characterized with so much unrest as a result of the annulment of the presidential election results. It was an era headed by Chief Ernest Shonekan. Nigeria as a nation was not in the good books of foreign countries like Britain, USA because the elected leader M.K.O Abiola was not given the mandate to rule the country.

Sani Abacha’s Era(1993-1998): This era helped ushered peace in Liberia. After seven years of war, a democratic government was set up and headed by Charles Taylor. There were sanctions given to Nigeria as the abuse of human rights were identified by the international world.

The Abubakar Era(1998-1999): This era embarked on reconciliation with the world community, seeking friendship again and restoring the poor image of Nigeria in the international world.

The fourth Republic of Nigeria (1999- till date)

This era consists of all the presidents of Nigeria since 1999 till date. Nigeria is daily striving to ensure that she grows and continue to demonstrate that Africa is the centrepiece of her foreign policy.

In our next class, we will be talking more about Nigeria and the World. We hope you enjoyed the class.